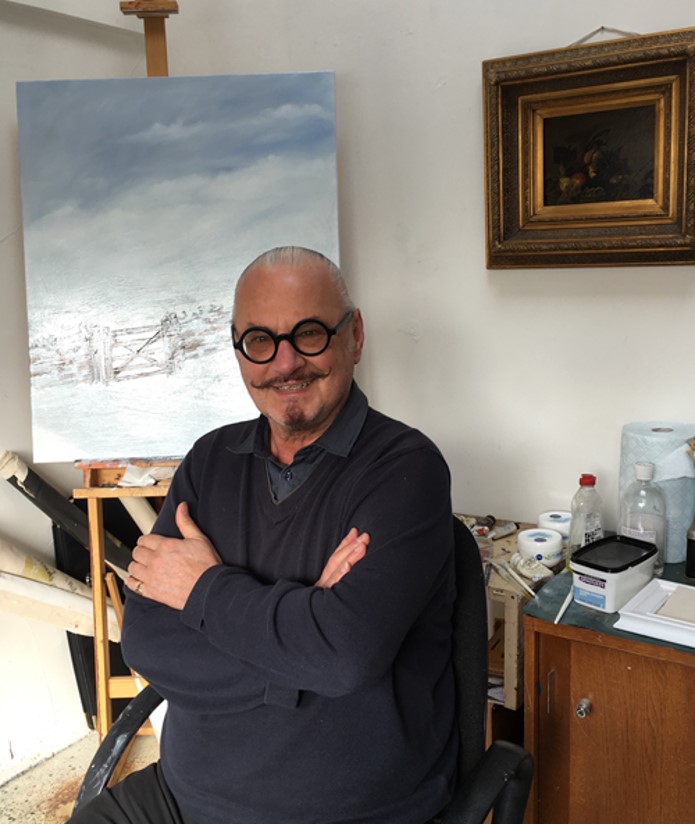 Andrew Cuciurean crossed the Atlantic at ten days old, but not particularly influenced by the Duncan Grants and Doris Zinkeisens that adorned the Queen Mary.

Schooled in Canada, America and England, then served a five year apprenticeship with Bernard of Mayfair, then as a wig-master under a Parisian peruke house and having since worked on television, film and theatre including many happy productions at The Everyman, Cheltenham.

Started painting seven years ago after private tuition, taking a studio and becoming part of the Lansdown  Studios. Andrew has exhibited in Cheltenham Open Studios and his work is in many private collections.